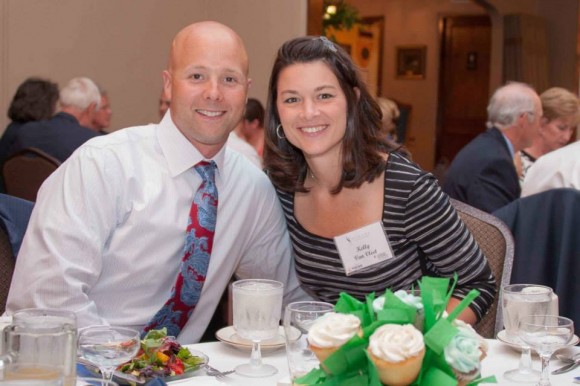 Kelly VanVleet, director of Marketing at VanVleet Insurance, was recently nominated as one of the finalist for the ATHENA award in Richmond on June 12, 2014 at Forest Hills Country Club.

Kelly demonstrates the true meaning of “servant leader” by giving her all for the success of the team.  She is always available to help with anything at any time regardless of her schedule.  This is apparent in her work at VanVleet Insurance, as the board secretary for the Boys and Girls Club, her leadership with young leaders on the Youth Advisory Council and at Seton Catholic Schools.  Kelly has also served as the chair of the Boys and Girls Club “Smart Futures” event that has been an incredible fundraising success.  She is kind and her humble attitude makes her an excellent role model as a wife, mother, co-worker, and community leader.  Kelly is a crucial person on the VanVleet Insurance team.  She serves in all her roles with great integrity and enthusiasm.