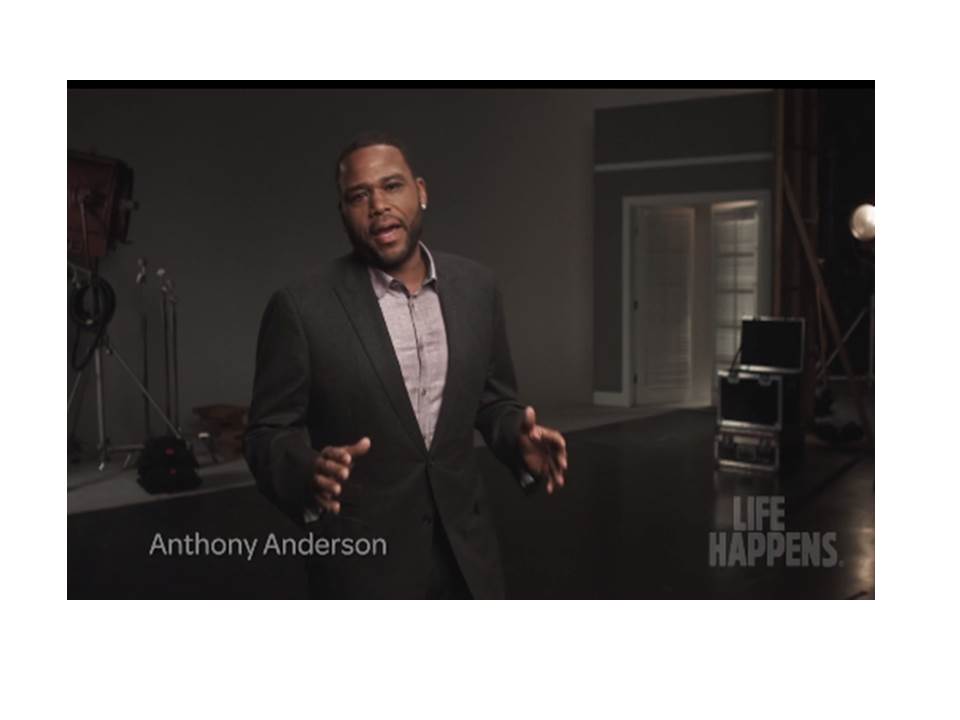 You may know Anthony Anderson from his hit TV show black-ish and as host of Eating America. But this September he’ll be taking on a new role as the 2015 national spokesperson for Life Insurance Awareness Month.

The annual campaign, which takes place in September, is coordinated by Life Happens to encourage the more than 100 million Americans who do not have adequate life insurance to get the coverage they need.

As spokesperson for the campaign, Anthony will share his personal story of how he and his family were directly impacted life insurance.

As a young boy growing up in Compton, Calif., Anderson saw the importance his family placed on life insurance. While his parents didn’t have much, they did have Mary—or as Anthony’s family called her, “The Insurance Lady.” Mary was a fixture in the Anderson home, visiting the family throughout the year to review and update his parents’ life insurance policies. She even sold Anthony his first life insurance policy when he turned 18.

Now a husband and a father, Anthony understands why his parents made life insurance a priority. He has also made it a priority for his family to be protected.

“Even on their limited income, my mom and dad instilled upon all of us the importance of planning for the future and the fact that tomorrow isn’t promised to anyone,” Anderson says. “I know how hard it is to lose someone you love. An accident took my brother when he was 26.  Shortly after, I lost my father to diabetes, a disease I, myself, live with today. It was rough getting through those deaths, but the fact that they both had life insurance made it so much easier.”